Larken Rose produced the above video. The transcript of his short video lecture is provided below:

Yeehaw! Larken Rose here and tomorrow is Election Day. Make sure you get out to vote because this is the most important election blah, blah, blah, blah.

Even if you disagree with what I just said and you really believe in politics and you really believe that this party is good and that one’s better — whatever. This video is going to very succinctly and clearly prove why your vote is worth less than nothing. It’s basically if you saw somebody that a carnival the “shell game” where you have three shells and there’s a pea under it because which is it under you guess wrong every time. The closer you pay attention, the more often you get it wrong because he’s doing a little trick to switch which one the pea is under to fake you out and they watched people do that over and over and over again and like bet the future of mankind on a “shell game” over and over again — it’s kind of frustrating.

I’m going to demonstrate why your vote is completely worthless no matter what you think of political philosophy. No matter which party you like. Whether you agree with me or not that the ideal state of society is a voluntary stateless society.

First of all, you don’t get to choose the candidates, the establishment chooses the candidates. I’ve talked about this before this is the equivalent of two guys show up at your front door and says, “Hey, today is your lucky day. You get to choose whether I’m going to punch you in the stomach or he’s going to punch you in the face but it’s up to you and we’re representing you because whichever one you choose, you’re in charge,” and you can’t say, “Neither one,” you have to choose one. You’re either going to get punched in the face or punched in the stomach. To pretend that’s your voice or they’re representing you or that makes you free or empowered is just ridiculous. The establishment chooses two sets of tyrants and then says, “You get to pick which one is going to control your life and steal your money.”

So right off the bat, your vote isn’t your vote. You’re not choosing what you actually want. You’re choosing between two options. The ruling class give you — it’s like, you want a right jackboot on your throat or a left jackboot on your throat and those are the choices – Democrat and Republican. So immediately, your choices are pointless. So it’s basically, well, we have a throne — Do you want guy A on it or guy B? And the thing is, half the country says, “We have to put guy A on the throne because guy B would be horrible.” And the other half says, “We have to put guy B on the throne because guy A would be horrible.” At least half of them are horribly misguided. They’re actually both horribly misguided but it’s sort of funny that everyone’s pushing so important to vote, and yet, half of them at least are going to vote for somebody horribly dangerous, it’s actually both. So your vote, right off the bat, is worthless but it’s actually worse than that because we don’t have an Emperor for life; I mean, obviously, I’m not in favor of that either — but this is not a matter of — You really have to go out and vote because what you decide tomorrow will determine for the rest of your life what the policy is going to be.

I’ve never mind voting and all that, it’s too much trouble. We’re just going to get the Republicans the throne for four years and then the Democrats the throne for four years and then the Republican. We’re just going to get them back and forth. They can just take turns. If they had done that and not let any of you vote ever, the outcome would have been the same. Now it isn’t identically the same. It isn’t exactly every four years, but go look at the last hundred years of history and you’ll see it just goes back and forth over and over again. If you definitely vote Republican, the Democrats are going to be back in the White House, sooner or later. If you desperately vote Democrat, the Republicans are going to be back in the White House. They just take turns back and forth and by the way. That’s totally by design and it has to jump back and forth on a fairly regular basis so you have the illusion that your vote matters. It freaking doesn’t. They’re just handing power off back and forth but it has to be close enough that you think it’s worth running out and voting.

Now, I’m going to throw in a very quick conspiracy here. What do you think is the statistical likelihood that the percentage of people who prefer A to B or B to A is so close that the elections are always neck-and-neck? They’re always so close that now this time this guy won, now that guy won, now this guy won. If 60% of the population of the country has a certain political mindset, they will win every time all the seats. They would control everything all the time and everybody would know that voting is a joke. What the ruling class needs to make you think that voting is legitimate is a close race every freaking time. It’s like professional wrestling where you can’t always have that guy win and always have that guy lose. People would catch on. Nobody would pay any attention. Nobody would care.

So in the elections, you have to balance it intentionally so that the power shifts back and forth over and over again. You’re just voting for somebody to win in a professional wrestling match and it doesn’t matter because it’s going to go back and forth because that’s how the game works. That shows what your vote is worth “nothing” because it’s going to go back to the other one anyway. It’s just who’s going to be on the throne this week. However, it’s worse than that because we don’t just have an emperor. We don’t just have a dictator. We have a president and then we have a Congress, House, and Senate. Most of the time that a party has their guy in the White House, the other party controls one or both of the Houses of Congress which means you didn’t just go out and dramatically vote to get your party in power, you went out and dramatically voted and both parties ended up in power.

This isn’t even just as bad as a Tyler and his brother saying, “You get to choose which one of us can be on the throne,” — which is essentially the system. It’s worse than that. There are two thrones and the two tyrants say, “You got to choose which arrangement: I’ll be on this door and he’ll be on that one, or he’ll turn this around to do it the other way around”? They’re both in power. Almost all the time they’re both in power. Every once in a blue moon for about five seconds, one of the parties controls the White House and the House and Senate, all at once, and they still don’t completely control it because there are lots of seats held by the opposition. But almost immediately, it switches back; so that however you vote, both of the party, it’s the one you think is going to save the day and the one that you think is the root of all evil; both of them are going to be in power. You are literally voting two sets of tyrants into power almost every single time, you — the American people. That’s how much your vote matters.

You’re not even putting one guy in power and one guy out of power. You’re just putting them in different seats of power and then they cooperate together to control your life and boss you around. That shows how much your vote is worth — “nothing,” but guess what? It’s worse than that because when you elect politicians and rulers and whatever else, they don’t just say, “All right. We’re rebooting everything, restart the country, delete all the old laws and all the old regulations and taxes, start over and then start enacting stuff.” No. They keep almost all, usually all; but almost all, all the time. All of those laws and regulations passed by a hundred of years of Democratic control freaks and Republican control freaks. They’re still there.

The number of laws that actually get appealed by the other party is minuscule compared to the number of laws they get passed so one party could say put us into power because that party does horrible things, guess what? The new party is going to oversee the law enforcement that will make you comply with and pay for all the evil stuff that the other party did. All those laws are still backlogged, there are piles and piles of them. Whoever gets in, they are going to make you comply. Not only are you electing both sets of tyrants almost every single year. You are electing people who you know — whether they are Democrat or Republican — are going to force you to comply with the commands and demands of 200 years war of Democrat politicians and Republican politicians.

The fact that they changed what chairs are in now and then and change this, that, the other thing doesn’t matter they keep adding authoritarian laws in one direction or another and they just take turns to do it. You changed absolutely nothing by voting. Even if your guy wins, even if you’re one vote made the difference this time and instead of guy A being on the throne, guy B is on the throne. It makes zero difference in the long run, not one shred.

You are empowering the two masks of the one ruling class and playing a game as if you have some effect. And again, if they had just flipped a coin to decide which pilot sits on the throne; the outcome would have been the same. You can cry about that. You can have tantrums or you can go look it up and just watch the power bounced back and forth and realize your vote doesn’t matter in the slightest. Both wings of the ruling class are going to boss you around and control you and they are both going to force you to comply with the commands and demands of 200 years war of both sets of tyrants controlling you. 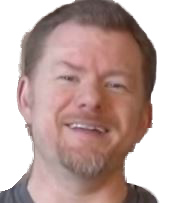 So, yes, what about sums it up? It’s that not only are you not electing one system to take another system out of power, it’s just going back and forth; but you are both in power at the same time all the time and you have all of the ones who came before and all of their commands and laws still being enforced on you by whoever is in power now.

So have a happy Election Day! Get out there and waste your frigging time legitimizing your own enslavement. Yeehaw!  Voting The Same Old Shell Game by Larken Rose