US Department of Interpersonal Relationships (DIR)

There has been bipartisan talk this year at the Congressional level of forming a United States Department of Interpersonal Relationships (DIR). The department will begin with three divisions, Friendships, Sexuality and Social Credit System. Comunitarianism (a form of collectivism) is the best technology that governments and NGOs have ever discovered to best rule people’s lives to achieve good happiness.

Whereas some people have personalities, character traits and other aspects that make them more appealing to other people,

… and Whereas these people accumulate many friendships while other people with less desirable personalities are less privileged and have no (or few) friends,

… and whereas it should be the mission of any good government to level up the less privileged and distribute friendships in a more fair manner.

It is proposed to be resolved that no person shall have more than 3 “close” friends until such time that all humans have at least 2 close friends. Why should one person have 7 friends while another person in the community has none? Righting this inequality is our mission.

“We’re born alone, we live alone, we die alone. Only through our love and friendship can we create the illusion for the moment that we’re not alone.” -Orson Welles

The “selfishness of a few” translates to “the many” being deprived of a basic human need. Like the financially wealthy that refuse to share, all the while having the ability to give so much, so do many women not offer up their fair share. DIR recognizes the discrimination that most attractive women subject most men to, and as responsible leaders, DIR must take action.

It is time that we share more equally the communities assets. We don’t allow a wealthy man to say “No” when taxes are levied, and we must also stand our moral ground and not allow women to say “No” to others in need. Yes, “no means no” however saying “no” should be a democratic community decision. A woman’s “private parts” are part of her, and she is part of the community to which she belongs.

“If we have no peace, it is because we have forgotten that we belong to each other.” ― Mother Teresa 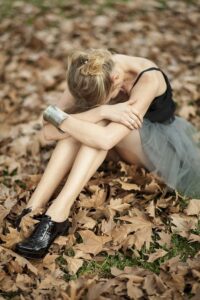 Why is eminent domain doctrine only applied to real estate?

Why are our communities more attractive daughters not taught that as they grow into adulthood, they should share their bodies as the DIR directs?

Isn’t it time we teach women to “give back?” The US Department of Interpersonal Relationships believes that the time is now!

Many people do good things that match the goals of the community, and yet they are unrewarded. Many other freeloaders do not voluntarily contribute the amount that leading organizations like the United Nations, the World Bank and the International Monetary Fund know is ethically “right.”

Human beings are not individuals with individual rights. The only “rights” that exist are the rights of the community. The United States DIR created the Social Credit Division to help make things right within our communities.