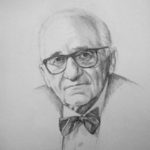 His friend and colleague Thomas Woods gave him the following tribute:

I received an email from Lew Rockwell. Subject line: “The Death of Murray N. Rothbard.”  Just like that, Mr. Libertarian himself, whom I’d spoken to on the phone not three weeks before, was gone.

Rothbard’s achievements and body of writing were so vast as to defy easy summary. He wrote one of the great treatises of the Austrian School of economics. He wrote many other works of economics, as well as political philosophy, history, and political and cultural commentary. His works of history include a four-volume history of colonial America, the best book on the Great Depression, and a 500-page history of the Progressive Era that will soon see the light of day after nearly a quarter century after his death.

As his voluminous papers attest, he kept up an astonishing correspondence with a wide array of figures inside and outside the libertarian movement.

Oh, and he also published newsletters, founded and edited the Journal of Libertarian Studies and the Quarterly Journal of Austrian Economics, and wrote a pile of movie reviews.

He influenced me greatly, and I consider it one of the great thrills of my life to have had the chance to know him, even if only a little. 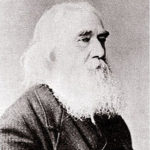 His friend and colleague Benjamin Tucker gave him a fitting tribute:
He died at one o’clock in the afternoon of Saturday, May 14 [1887], in his little room at 109 Myrtle Street, surrounded by trunks and chests bursting with the books, manuscripts, and pamphlets which he had gathered about him in his active pamphleteer’s warfare over half a century long. . . . Some time or other the story of this glorious life of eighty years will be told in detail as it deserves.