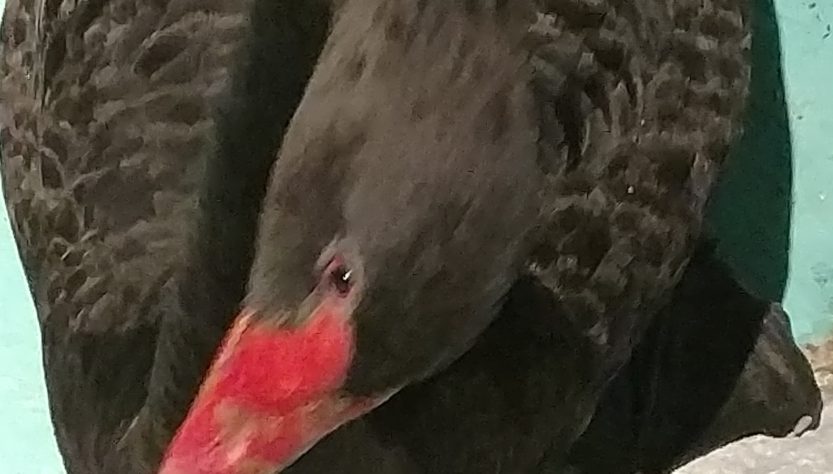 In February and March 2017 my wife and I visited Aacapulco for 21 days to visit friends and attend a conference.  Our conference was being held at the Resort Mundo Imperial, and started on Feb 23.  We were to arrive on Feb 13, and the Resort was already sold out, so we decided to stay at their sister facility, the Princess Mundo Imperial.  We were excited to use our conference code for a discount, however our US phone plan does not include international calls, so we attempted contact by Facebook and email, but despite repeated attempts, no response.  We finally gave up and bought through Orbitz.  The Princess cost more than comparable 4-Star hotels in the US, but it was fairly nice, though the restaurant options were lousy.

A matter of clarification.  What I am going to describe regarding resort names is going to sound like a brain-dead management team that decided on branding and names while in a drunken stupor… but this is the honest-injun truth, NOT a university example of “what not to do.”  Really.

There are three resorts in the chain in Acapulco.  The nicest, a 4-Star, is called Princess Mundo Imperial.  The next step down, a 2 or 3 star resort, is called the Resort Mundo Imperial.  It is on the same grounds as the Expo Mundo Imperial (the huge modern sterile cement convention center).  Last, which I did not visit but heard others refer to as the “ghetto” is the Pierre Mundo Imperial.

English Speaking Customers Are An Annoyance I estimate that only 5% of hotel employees speak more than 4 words of English.  Again, this is not a bad thing … UNLESS the hotel would like to serve English-speaking clients.  They don’t.  Their primary target market is affluent D.F.-ers (People from Mexico City) who come for weekends and speak Spanish.  A small number of tourists also come from Canada, but evidently very few from the USSA.  Again, this is absolutely their right!

At my conference however, about 250 to 300 English speaking people came for an average of 5 days each.  At $90USD a night, this comes to almost $125,000 USD for ONE conference.  When all of these people return home to the US, they can encourage family and friends to visit or not.  I estimate that 90% or more will not have 5-star reviews for this Resort.

Again, I am nothing special, the English language is no better than any other, I do not expect everyone to cater to me.  I did notice that self-employed small business owners like taxi drivers in Acapulco make it work.  “A little English and a little Spanish, we make it work my friend” is something I heard from them, along with big smiles.  I wanted their services, they wanted my money and we made it work and parted as friends.  I love free trade!

Some days we would get a bath mat, some days none.  Some days two hand towels, some days 1.  The carpet is stained and ugly like a cheap Vegas room at the Flamingo.  On day 5 it was vacuumed for the first time.  After 10 days of no washcloths, on the final day we received 3!  Yay!

The problem is not with the individual line staff that are working hard making $10 or $20 USD per day, the problem is a lack of competent management.  I have never owned or managed a hotel, but give me 90 minutes with a legal pad and some motivational music in the background and I will promise you a better housekeeping operating manual than currently exists at Resort Mundo Imperial.  The staff deserves the tools and direction to not wander aimlessly providing substandard service.

The crew at the front desk is friendly, but they don’t REALLY give a darn, they get paid the same regardless of performance.  They smile and follow policies without thinking or examining each guest’s body language for clues on how to best serve them or what their needs are.  This hotel’s policy is to only convert $200USD per room per day.  They also ONLY accept $50 bills, not $100 bills.  Yes, I know this is stupid.  (Their much nicer sister facility Princess accepts $100’s and up to $300 per person per day.)

The process of making the money transfer at the Resort Mundo is laborious and you must have your passport.  Plan on a minimum of 10 minutes once you get to the front of the line.  At the time of one of my exchanges, the conversion rate was $19.51 pesos per $1USD.  This means that my $100USD should have been exchanged for $1951 pesos, and one would assume that a nice hotel would do this as a courtesy, right?  Maybe a 3% commission?  Nope, that would not send a clear enough “Screw you – you stupid American” signal to their guest.  Their 10% fee sent that message well.  My $100USD got me $1,755 Pesos.

Oh, and they frequently don’t have enough Pesos to make change anyway.  Oh, and nobody is intelligent or empowered enough to walk over to the bar, grab $5,000 Pesos and take it over the front desk to make change for folks.  This would be an easy system to establish if they had an empowered management team.

The Resort Mundo Imperial is far from and beach.  The exterior is beautifully designed, though I don’t think the interior architect realized that the rooms would be used as hotel rooms.  Privacy doors for the bathroom and shower?  Glass.  Secondary visual privacy feature?  A fabric 3-panel horizontal track slider system that gets tangled.

Imagine having a friend over for a drink and they need to go to the bathroom.  The acoustics are such that everyone in the room will absolutely hear every splatter, grunt and splash that might occur.  Yes, I know we all poop, fart, belch and pick our nose, but civilized people attempt to do these things privately and discreetly.  The designer of these rooms was clearly not a smart person.

We had a 5th floor room that was South-facing, looking over the pools and even a bit of ocean was visible about 1.5 kilometers away, which was nice.  Our balcony, which was a cozy but nice space was very loud.  The physical plant for the hotel was located less than 100 yards to our West, and the constant roar of the machines 24/7 made conversation outdoors impossible at a normal voice level.  Yes, I know that machines to give my pampered butt air-conditioned temps comes at a cost of noise, however there exists technology to reduce noise pollution.  Google it.

I am a capitalist and own/have owned numerous small businesses.  My reason for being in business is to make money, and this is a good an honorable thing.  This is not however on my mind when I am working with my clients.  When my attention is directed toward them, my goal is to “Provide outstanding value and more and more outstanding value.”  I am very expensive and I am very open about my pricing.  The Mundo Imperial chain should be a money-making machine, I am good with this!

Having said this, this Resort focuses on the money rather than comprehending that if they focus on the client’s happiness, they will wind up making MORE money!

Want to make the Resort Mundo Staff all burst out laughing at an absurd thought?  Show them this: