*The opinions in this article are not those of Openly Voluntary. This article has been published on this voluntaryist platform in the spirit of the Fairness Doctrine. Most of our content is heavily slanted toward morality, logic, peace, humanitarianism, reason and individualism. It is only fair to hear, “The other side” so we sometimes provide Progressive or Conservative perspectives.

Currently, over 1 hour’s productivity each day of the average person’s life is taken from them by the government. This is done non-voluntarily, and the reason we know this is morally good is that the money can better be used by the government for the common good than the original person could use it.

The money can go toward things like helping people who are out of work to keep their homes, have food to eat, medical research, roads and other infrastructure, protection and many other wonderful things that are good for people, but that they are not able to get on their own.

Just in the united states, there are millions of overweight middle-aged men who have sexless lives. They can not “get some” on their own because of a toxic societies’ prejudices against their ages, body types and personalities. These men are hurting.

The medical community has proven repeatedly that sex is good for people.

A good sex life is good for your heart. Besides being a great way to raise your heart rate, sex helps keep your estrogen and testosterone levels in balance. “When either one of those is low you begin to get lots of problems, like osteoporosis and even heart disease,” Pinzone says. Having sex more often may help. -Web MD

At the same time less privileged men of great weight are suffering, millions of attractive women are wasting time watching television, browsing on social media or shopping. As progressive thinkers, we needed a solution. Why don’t we require those women, who have so much to offer, the opportunity to give back to society and to satisfy the needs of the overweight middle-aged lonely men? I am not suggesting unsafe practices, simply safe protected sex.

We know that it is likely that some women will make the same argument that wealthy capitalists make, claiming that they should not be forced to give of themselves for the greater good. “This is all mine and I should have an absolute right to it” they say. Umm, no. We live in something called “society” and sometimes it is necessary for the privileged to be made to share with the less privileged.

“If the principle holds true with taxing money, it also holds true for community service, including the “Just One Hour” plan.” -Anonymous Congressman

“I shouldn’t have to give it up” say both the greedy capitalist producer and the bored woman. Isn’t it time we move beyond this greedy and toxic “individualist” attitude and reimagine universal health care that services EVERYONE?

All that is being proposed is just one hour every other day. We recognize that travel time and logistical concerns exist, but only three hours each week of selective service isn’t too much to ask of our nations strong and attractive women. 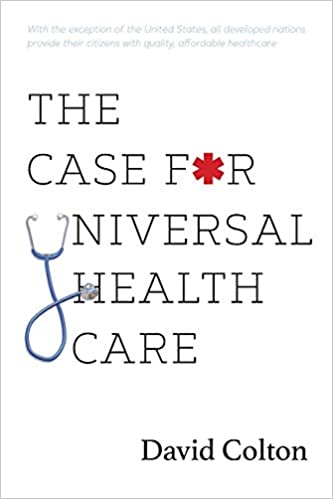 *The opinions in this article are not those of Openly Voluntary. This article has been published on this voluntaryist platform in the spirit of the Fairness Doctrine. Most of our content is heavily slanted toward morality, logic, peace, humanitarianism, reason and individualism. It is only fair to hear, “The other side” so we sometimes provide Progressive or Conservative perspectives.

I respectfully disagree with the above guest post. I find is disgusting to even consider using coercion or initiating force. A person, their body and the fruits of their labor belong only to them. 100% No other person has a rightful claim.