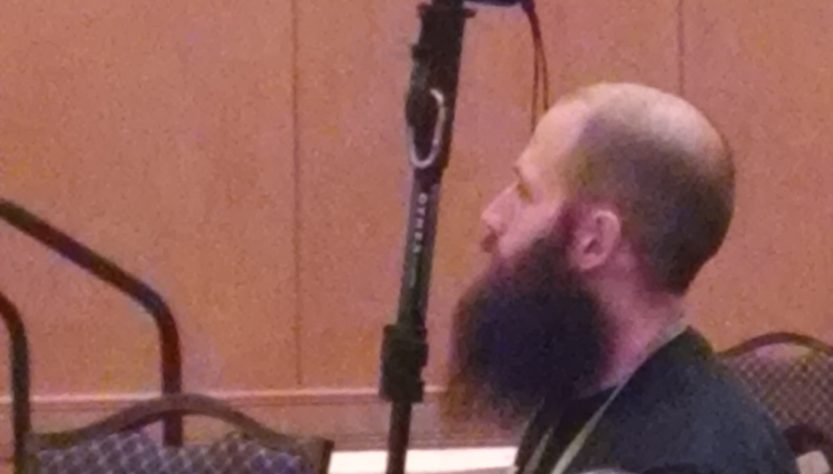 I have disagreed for many years with Pete Eyre and his poor attitude toward our societies’ protectors, the cops.  He is confrontational when stopped by them, films them which makes them uncomfortable and he thinks it isn’t even OK for smart alec people to be brought into line.  How can a cop with a video camera on him do his job?  It is impossible for him to carry out traditional law enforcement duties when he has to be a mister goodie two shoes and not physically attack people.

Disregarding my sarcasm, I view cops and other labor-based welfare recipients as pons used by The Man.  I don’t hate county planners, cops, government school teachers or other similar maggots, they are simpletons that are simply following instructions without the intellectual awareness that what they are doing is evil.  These people are not evil and might someday wake up and stop being maggots and become good people, after all, I made the leap!

I observed that Pete and others of his ilk on http://www.copblock.org/ were picking on various average-IQ government agents who were simply thorns on the tree of evil, and I wondered why he didn’t use his intellect, bravery and energy striking the root of that tree.  Should we not be coming up with new ways to help our neighbors more clearly observe our current S(s)tate.

So, what brought about my change in attitude?  At the Freedom Summit in Phoenix February 2014, a Sunday speaker said something I had probably read and heard repeatedly, but that finally sunk in.  He pointed out that the evil results of evil must be exposed.

To illustrate, close your eyes and picture what first comes to mind of Nazi Germany.  My image is a black and white image of a group of skinny shaven-headed Jews on a cold gray street.  Certainly there were many great writers writing at that time with deep intellectual thoughts about evil.  Many have philosophized and written since, but what is my visceral remembrance?  It comes to my attention that a picture speaks more than a thousand words, and our “pictures” today include video and audio.

So, should a smart leader of the freedom movement write lots of really smart words from his parent’s basement or might he be more effective in history’s eyes if he takes “pictures?”

Very likely his smartest move is to document “how things are” so that future generations can look back and notice that freedom was quickly diminishing.  That sort of activism is not MY choice to participate in, however it is very worthy of a leader’s time.  Pete was right.  -OV1