On New Years eve, for the first time, my wife and I watched a live episode of Disenthrall, “Well, That Happened.” As voluntaryists for over a decade and busy entrepreneurs, we are picky about the content that we invest our time in.

There are many wonderful podcasts and video content producers discussing voluntaryism, and we are thrilled about this! Back in the first decade of this century, voluntaryism was a small philosophy circle and most of us knew each other, or at least of each other. Now, there are many shows, and few are 5-Star, but are good 4.5-star quality. Disenthrall is a 5-Star Show! Check them out on Odysee: https://odysee.com/@Disenthrall:8

Working copy of an article and definition of RIGHTS: https://disenthrall.me/rights/

I was familiar with Patrick and his intellectual and media production partner Kason through several conventions and I had come to know them both as casual friends. We have all had each other on our shows and Kason provided me with excellent tech assistance in audio editing. While I respected both men’s intellect, sense of morality, dedication to truth and intellectual honesty, I did not expect the level of thought-provoking brilliance in the show I watched.

As an elderly businessman with short hair and conservative appearance, I was disappointed in the professionalism image of smoking a pipe and wearing a motor sports shirt, however as my wife and I later discussed, these two young men are very much more in tune with popular culture than we are. Had they both presented themselves as businessmen headed to the country club for dinner; they would have been less appealing to their target market. They would have appeared less genuine.

What I loved most about the show were the high standards. This is not a show for illiterate people, and I say this not as an underhanded insult directed at voters, but rather as a compliment to their audience. To “get” the show, you must be a thinker. Kason’s processing unit runs much faster than most living humans, Patrick is incredibly open and heartfelt in his philosophy and both men challenge each other to be their best. They are both committed to reason as their way of viewing issues. Their audience is able to chat messages which are displayed on screen during the show, making it wonderfully interactive. 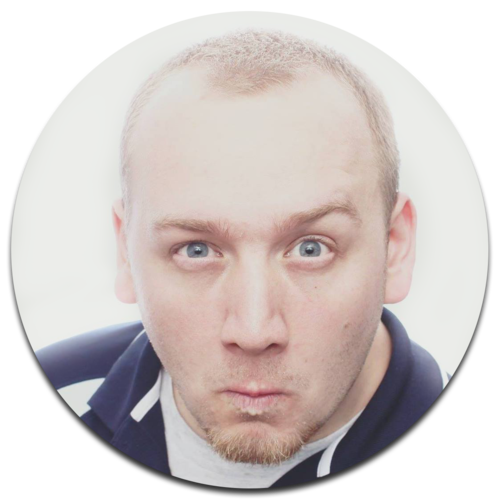 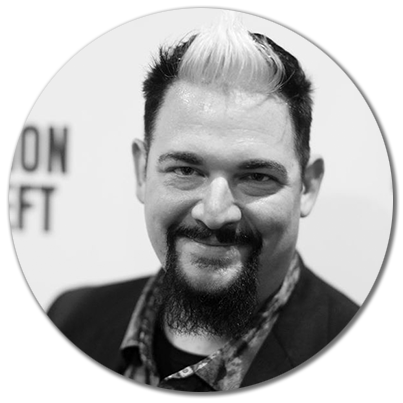 The New Years Eve show had three parts that I have questions or perhaps disagree about, mouth sounds, victim shaming and investments.

One of the topics discussed was that of Mouth Sounds. Patrick narrates books, and was questioning his integrity if parts of the book were not in line with his understandings of the world. In other words, if 99.9% of the book was wonderful, but one sentence was something that he disagreed with and that he reckoned could cause harm to others, should he still produce that book? I believed we were all in approximate agreement until Kason offered a direct and personal example that upended the conclusion and necessitated further contemplation.

This is an issue about which I have not yet been persuaded to agree with Disenthrall about. The position that I believe both Patrick, Kason and many in their audience hold, is that the victim of a crime who was going about their life peacefully and rightly, should not be blamed or shamed for submitting to attacks.

While I agree in large part, I consider additional elements including the “smartness” and the “honor” of the victim’s actions. In the following examples, I do not think the victims are “responsible” for other’s bad actions, however …

Smartness. A man squeezed Sally’s butt cheek without her permission. The man is responsible for this physical violation. What are the circumstances in Sally’s situation? Sally spent the evening walking around the bar, rubbing her lovely body against many men, and had been accepting shots. As payment for the shots, the buyer would be allowed to spank Sally with 5 light swats. Eight shots later, as Sally walked past a man who had purchased two of those shots, the man squeezed Sally’s butt cheek and said, “Can I buy you another shot?”

The fact? Yep, the man squeezed Sally’s butt cheek without her permission. The man is responsible for this physical violation. Meanwhile, Gertrude was sitting at home sipping a bottle of organic water and was not the victim of sexual battery.

Both Gertrude and Sally ought to only be touched by the men they choose, and in a manner they choose. Both women made a series of choices that night, and in this case, the end results were fairly predictable. While I don’t say to Sally that she “deserved” to be battered, or that she “asked for” the battery, I do think that she could have made different choices that would have reduced the probability of her being a victim. She wasn’t very “smart” if she valued not having her butt touched.

Honor. Billy and Bobby are walking along carrying long sharp sticks when they see a two year old child playing in a yard that is fenced in with a high chain-link fence. Suddenly a third man jumps out of the bushes and says, “I want to stab that child with a sharp stick. I will stab you two men with my knife if you don’t give me your sharp sticks!” Billy responds by breaking his stick over his knee so that the stick is too short to be used to harm the child. Bobby, on the other hand, whimpers and hands his stick over to the robber.

Neither Billy nor Bobby have done anything “wrong.” Both men were likely frightened, and both men chose their actions, and the resulting consequences. Both men were rightfully in a place, both men were victims of a robber’s demands. Both men were afraid they would be the victim of serious bodily injury if they did not comply. I am going to buy one of the men a beer.

I don’t know that team Disenthrall and I disagree about “victim shaming”, it is just a point of distinction. As I expand this into the area of tax victimization, some people have earned my respect more than others. Those who don’t allow the theft or who take actions to reduce the amount stolen, are in y estimation, “better human critters” than people like me who do everything “above board” and allow ourselves to be fully victimized.

If I choose (even is a have a lovely excuse about how scared I was) to hand a stick to a man who will stab a child, or if I choose to fund evil by handing over money or guns to a bad man robbing me of those things, and if I do not resist; I find myself to be “less” of a person. Perhaps I should not be “blamed” for the evil things done with what I hand over, but nobody is going to buy me a beer.

I suspect that my difference with Disenthrall in terms of “investing” here is a linguistic difference and not one of material import? I believe that when the audience is cautioned to suspicious when someone asks you to “invest” in their project, that the caution is offered to help folks avoid a scam. I do however think that investments don’t only have to be monetary or offer monetary rewards.

“An investment is an asset or item acquired with the goal of generating income or appreciation. Appreciation refers to an increase in the value of an asset over time. When an individual purchases a good as an investment, the intent is not to consume the good but rather to use it in the future to create wealth.” -Investopedia

I choose to simplify my meaning of the use of the word to be, “Putting value into something to get more of what you value out of it.”

I chatted during the Disenthrall show a suggestion that one might “invest” in the show by offering the show a $10 reward for every normie that is converted to Voluntaryism. If this could in fact me an investment, it would follow that it would be appropriate for Disenthrall to refer to donations as “investments.” How?

Both Kason and Patrick are smarter, better read and more articulate than I am. Oh yeah, and they have greater charisma, an audience and a great thing going. Because of all of this capital they own, they are more likely to persuade greater numbers of people to become voluntaryists than I am. If I estimate that I bring between one and three people into the voluntaryist creed each year, and that team Disenthrall can bring 100 people each year, it would be wise for me to help amplify their efforts. I very much consider this a legacy “investment.”

The few things I wrote about above, along with many other ideas that Patrick and Kason chatted about that I agreed completely about, are why I am now a huge fan of this show! I encourage you to check them out HERE!