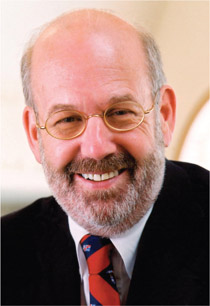 Back around 2007/2008 I went on a walk-a-bout for a week or so, with my main destination being Mises Institute.  I flew into Atlanta, rented a car and headed out to visit Mises and the Gulf Coast.  When I arrived at Mises Institute, I was soon connected with Marte (Lew’s wife) who gave be a tour.  I got to say HI to several of my podcast/articles heroes including Lew.  Lew did not have a “charismatic” or “dynamic” personality, and I kind of viewed him as the school “principal.”

Later, he was wonderful in helping to promote my friend Neema V’s Voluntaryist hit music video “I Own Me.”  It was not until years later that I realized he DID have a good personality and more importantly the vast amount he has done for liberty.  I have grown to appreciate him greatly.

Independent thinkers are not easy to herd, and yet Lew has been the “CEO” in the creation of one of the most important organizations in libertarian history.  I now listen to him with Tom Woods and he IS a likable guy.  His famous blog http://lewrockwell.com is a true gold mine of information for folks that think like us.  Huge respect to one of the greatest of our thought leaders of all time, Lew Rockwell.  -OV1