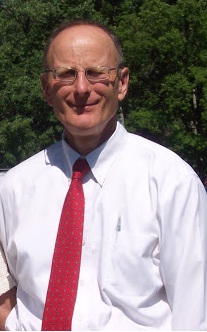 Carl Watner (born 1948) is an American author and historian of libertarian studies, and a voluntaryist. He has written articles for Reason magazine, the Libertarian Forum, Mises Institute and the Journal of Libertarian Studies.

Carl is the editor of Voluntaryist.com  There is great reading material on this website!

Although use of the label “voluntaryist” waned after the death of Auberon Herbert in 1906, its use was renewed in 1982, when George H. Smith, Wendy McElroy, and Carl Watner began publishing The Voluntaryist magazine.

George Smith suggested use of the term to identify those libertarians who believed that political action and political parties (especially the Libertarian Party) were antithetical to their ideas. In their “Statement of Purpose” in Neither Bullets nor Ballots: Essays on Voluntaryism (1983), Watner, Smith, and McElroy explained that voluntaryists were advocates of non-political strategies to achieve a free society. They rejected electoral politics “in theory and practice as incompatible with libertarian goals,” and argued that political methods invariably strengthen the legitimacy of coercive governments. In concluding their “Statement of Purpose” they wrote: “Voluntaryists seek instead to delegitimize the State through education, and we advocate the withdrawal of the cooperation and tacit consent on which state power ultimately depends”.