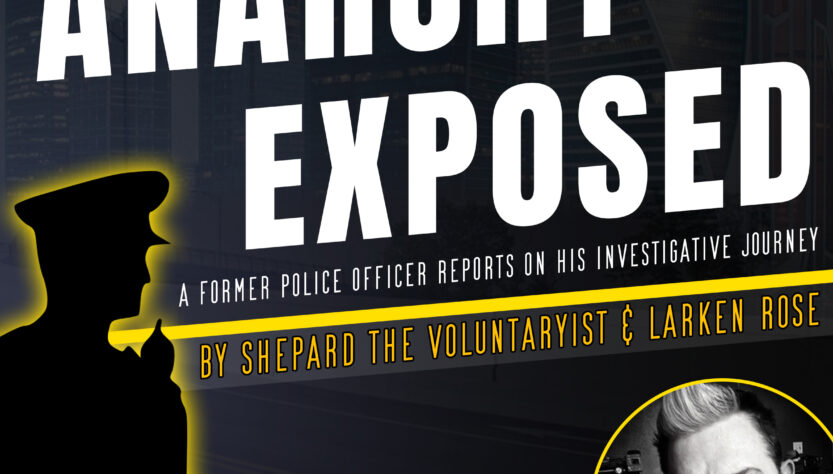 This book about anarchy was born of a desire to share what I have learned about the anarchic philosophy called Voluntaryism. I borrowed heavily from Larken Rose and his book, What Anarchy Isn’t. 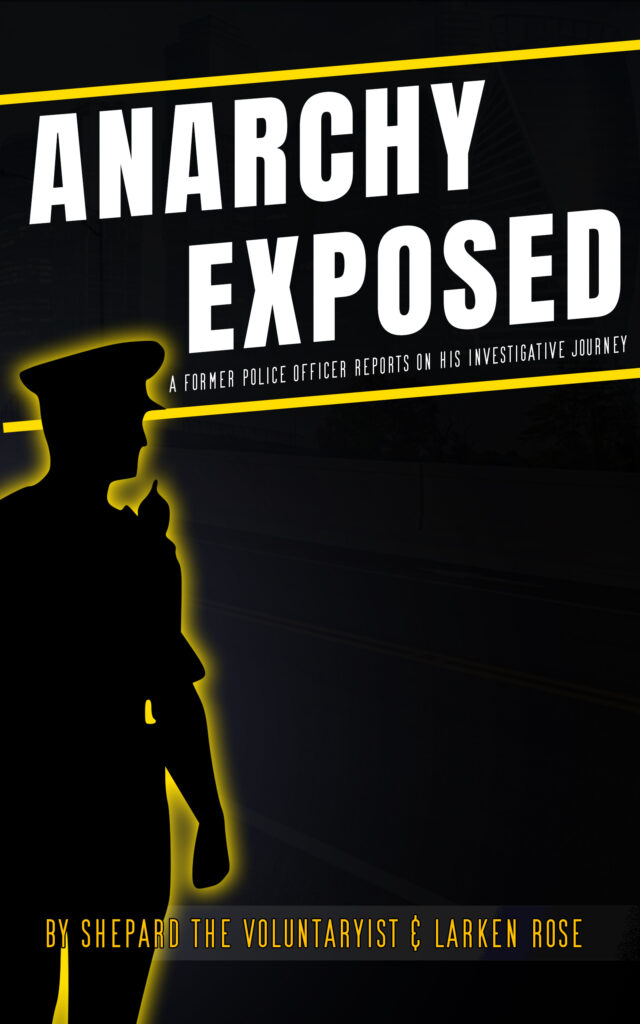 When I first thought about the word “anarchy,” I naturally thought of chaos and mayhem. I assumed that anyone who called themself an “anarchist” must be in favor of disorder and violence.

Everything I had seen in school textbooks, police academy training and the media had given me that impression. My law enforcement career started with a couple years in a big-city jail, then other assignments including patrol, SWAT and detective.

I had never met an anarchist in all of that time, and never knew first-hand of any crimes they had done. Still, the word seemed to mean something bad.

Decades later I began an investigative journey into contemporary anarchism and I looked into the word’s roots. I was very surprised. I studied the works of legendary and contemporary humanitarian philosophers, including Mahatma Gandhi, Ayn Rand, Carl Watner, Murray Rothbard, the stoics and Larken Rose. I learned that I had been mistaken in my views toward anarchy, and that what I had believed was actually opposite of the truth. Oops!

Just as the word “monarchy” means “rule by one person,” the word “anarchy” literally means, “rule by no one.” But I still wondered about the idea of a society without a government. Not just when I was a cop, but also in university, I had been taught that an absence of government would turn my neighbors into savages and that the weak would not be cared for..

Wouldn’t a society without rulers lead to a primitive, savage type of existence, full of violent conflict and without compassion, good will or organization? Many hundreds of hours of curious investigation later, I uncovered that that was a completely inaccurate picture of what anarchism means. Oops, again!

I invite you to join me as I describe the in-depth investigation that I conducted. I have a passion for truth and for goodness, I love people, and I wanted answers.

You are invited to partner up and ride along as I reexamine the case; at times it will be fun and enlightening, and, at times, very challenging.

I learned that being curious and seeking the truth was hard work; it was not as easy as believing whatever I had been told by those who I thought were “authority” figures. I learned that “authority” is in fact a dangerous superstition.

Larken Rose, who I mentioned above, assists me with the framework of philosophy in this book. Larken is a contemporary philosopher who has a very blunt manner; his passion as a humanitarian is to confront bad ideas that cause harm to people.

Together, we hope to help you look at the world through a different lens. If these ideas sound appealing to you, perhaps then you will want to read his book, The Most Dangerous Superstition.