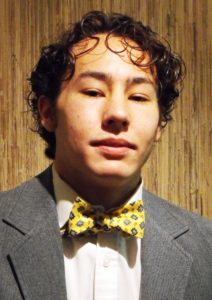 Shane Scheid wrote the narration lines about “taxation cannot happen without coercion” and the one about writing laws until they run out of paper.